We invite you to come for a visit and experience some of the creative opportunities these programs have for YOU! 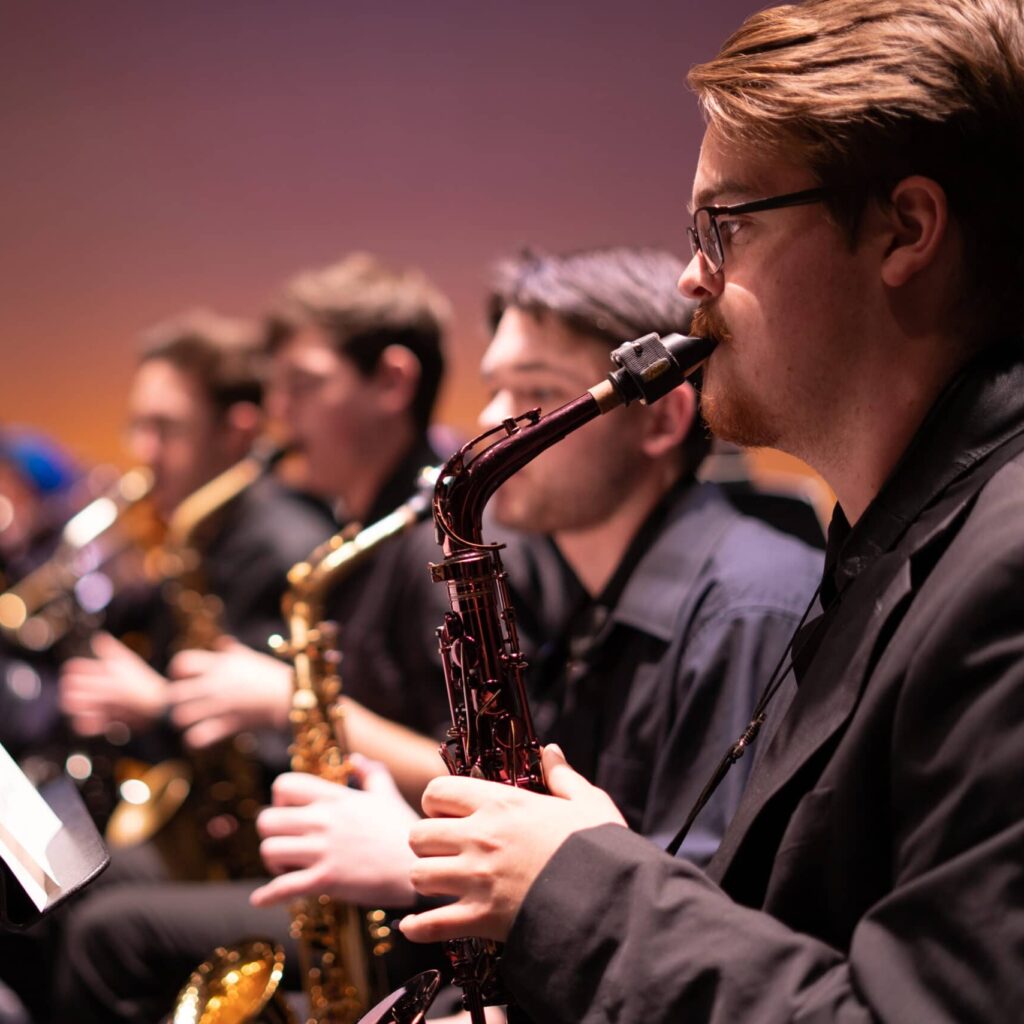 A variety of arts events and performances are presented by the college’s award-winning performing ensembles, visual art students and theater program.  The department also hosts guest concerts and recitals on campus throughout the year.  These events are held either in Malone Chapel or in the Ethel Holden Brownstone Center for the Arts and are open to the public. Please consult the schedule of events for a current list of upcoming performances and ticket information. Further information about The Brownstone Center on their website .

The Spirit of the River

The “Jazz Cats” consists of 5 saxes, 4 trombones, 4 trumpets, and a rhythm section (piano, bass, guitar, percussion, and drums). Members are selected through an audition held before the Fall semester of each year. The “Jazz Cats” tours the district high schools during the Spring semester and performs at various school and civic functions. Repertoire consists of rock, jazz, Latin, and swing styles. A service award is available to each member during the Spring semester.

The String of Pearls Dance Team was established over 50 years ago. This award-winning group has performed at many exciting venues and received numerous accolades throughout the years. The Fall team members perform at football games and area parades as an integral part of the “Spirit of the River” Marching Band. The Spring team members perform at basketball games. The Spring squad is also a traveling competitive team that has earned both state and national champion titles for many years.

The PRCC Pep Band is under the direction of Dr. Andy Gilstrap. Pep Band meets during the spring semester and performs at home basketball games. Service awards are awarded to all members of the PRCC Pep Band.

Each student that participates in the instrumental, vocal, and drama programs at Pearl River is eligible for a service scholarship*. Scholarships are awarded for a maximum of six semesters and do not have to be taken during consecutive semesters. Service scholarships within the Department of Fine Arts and Communications can be “stacked” with academic, other service scholarships, and State and Federal financial aid.

Get more information about this program

Let us know and we will contact you to help you get the answers.

Avoid repeat courses and save time at PRCC by ensuring your credits are eligible for transferring to the university and program you are interested in. The Mississippi Articulation and Transfer Tool (MATT) helps students clarify their course schedule and optimize their timeline for graduation.

Make the most of your time at PRCC and meet other Wildcats with the same goals as you.
+ INFORMATION

Discover majors and in-demand careers and education based on your interests!
+ INFORMATION
Get Info
Schedule a Tour
Apply Now