“We were really excited to have all these young scientists on campus again,” said PRCC Instructor of Biology and Gulf South Regional Director Robert Maynard. “This collaborative effort showcases the best of science and technology, working with others as a team to achieve a common goal.

“It is also an excellent opportunity for students to visit our campus, so it is also a good marketing tool.”

Each team could consist of up to 15 participants who compete in a variety of events in multiple science disciplines: Life, personal, and social sciences; Earth and space science; Physical Science and Chemistry; Technology and Engineering; and Inquire and Nature of Science. The focus of the events changes each year so that each annual competition is unique.

Abby Hammons was a team captain for Oak Grove High School this year and one of the only students from that school who participated in last year’s virtual competition.

“Doing the event virtually last year was really hard,” said Hammons. “This year’s Write It/Do It was also difficult. But being in person is so much better.”

Spectator events incorporated the need for students to build a device ahead of time and bring it on-site for testing.

The Bridge Building Event had student-built bridges put to the test with up to 15kg of weight being placed into an attached bucket. Instead of focusing on the sturdiest bridge, the final judgement was tied to the best weight to performance ratio. This meant that a bridge that was lighter but broke before reaching the maximum added weight could be declared the winner.

Connor McElroy and David Merrell represented St. Patrick’s with their well-constructed bridge. They had the only bridge that did not break under the added weight but placed second as they did not have the best weight to performance ratio. “We made a great team and had a lot of fun,” said Merrell. “We hope to ‘upgrade’ our efforts this next year.”

Trajectory (high school) and Storm the Castle (middle school) were events focused on the science behind catapults that relies upon the transfer of energy from one item to another.

Vehicles constructed out of items such as CDs for wheels were entered into Mousetrap Vehicles (middle school) and Gravity Vehicle (high school.) The mousetrap vehicles relied upon the release of kinetic energy from the snap of attached mousetraps. The gravity vehicles needed to be released from a tethered spot on a ramp that was also constructed by the teams.

Shivers Gymnasium hosted three different events related to flight. The Wright Stuff and Electric Wright Stuff had students building flying devices within certain parameters that were then launched across the gym floor by the student. Ping Pong Parachute used compressed air to propel the ping pong and attached parachute towards the roof of the gym before it drifted down to the floor. All three competitions had a focus on time aloft.

After a long day of events, attendees gathered for the awards ceremony where the top three students or partner teams for each event were announced. This was followed by the announcement of the overall winners. Northwest Rankin Team Captain Ben Curry was happy they could come to PRCC for the competition. They normally attend the Southwest Regional one at Copiah-Lincoln Community College which was cancelled for this year.

“Science Olympiad really pushes me to learn new things I like such as astronomy,” said Curry. “It felt good to have the regional experience this year. Everyone here has been so nice, and we’ve enjoyed the beautiful campus.”

The top teams from the regional events qualify to compete at the State Tournament at the University of Southern Mississippi in April. The winners at State are invited to attend the National Science Olympiad.

One of the science teachers had a special surprise of a complimentary ticket to the Mississippi Science Teachers Association Conference to be held in Biloxi this April. Erin Seal from Pearl River County Middle School is in her first year of teaching and was thrilled to receive the ticket.

Science Olympiad tournaments have a variety of events that test knowledge of science facts, concepts, processes, skills, and science applications. The main goal of the event is to elevate science education and learning to a level of enthusiasm and support that is normally reserved only for varsity sports programs.

In Mississippi, the regional tournaments allow as many teams from any individual school as the coach wishes to bring. At the state tournament only one team per school may advance. This can be an exact duplicate of a regional team, or a mix/match of the best competitors from the school's regional teams. 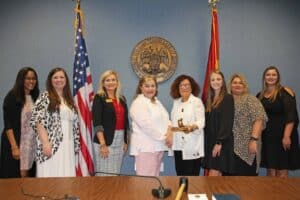 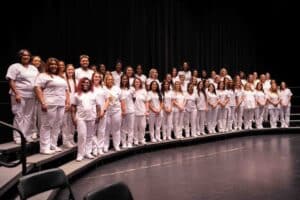 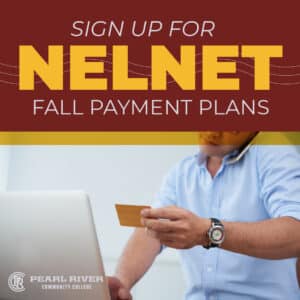 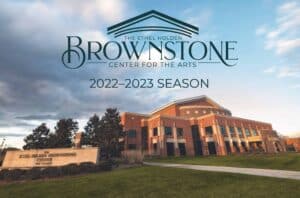